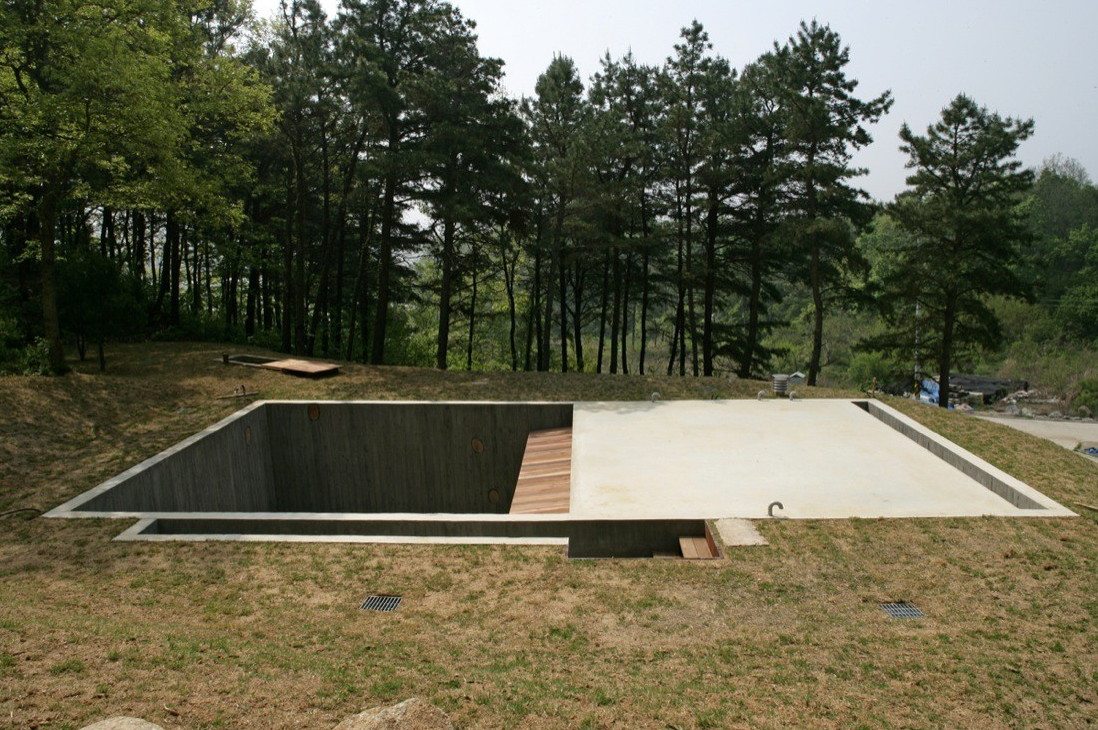 It would seem odd to think of a 14m x 7m concrete box set deep in the ground as a ‘house of the sky’ and yet it is! The tiny home opens into two courtyards. Each is surrounded by concrete walls. The only view is up… to the sky.

Earth House is a house of the sky. It is a house built in honor of Yoon Dong-joo, a Korean poet, who wrote beautiful poems about the sky, the Earth, and the stars.

It is a house which focuses on the primal relationship between nature and humans. It is built with careful consideration of constructional efficiency and our somatic senses. 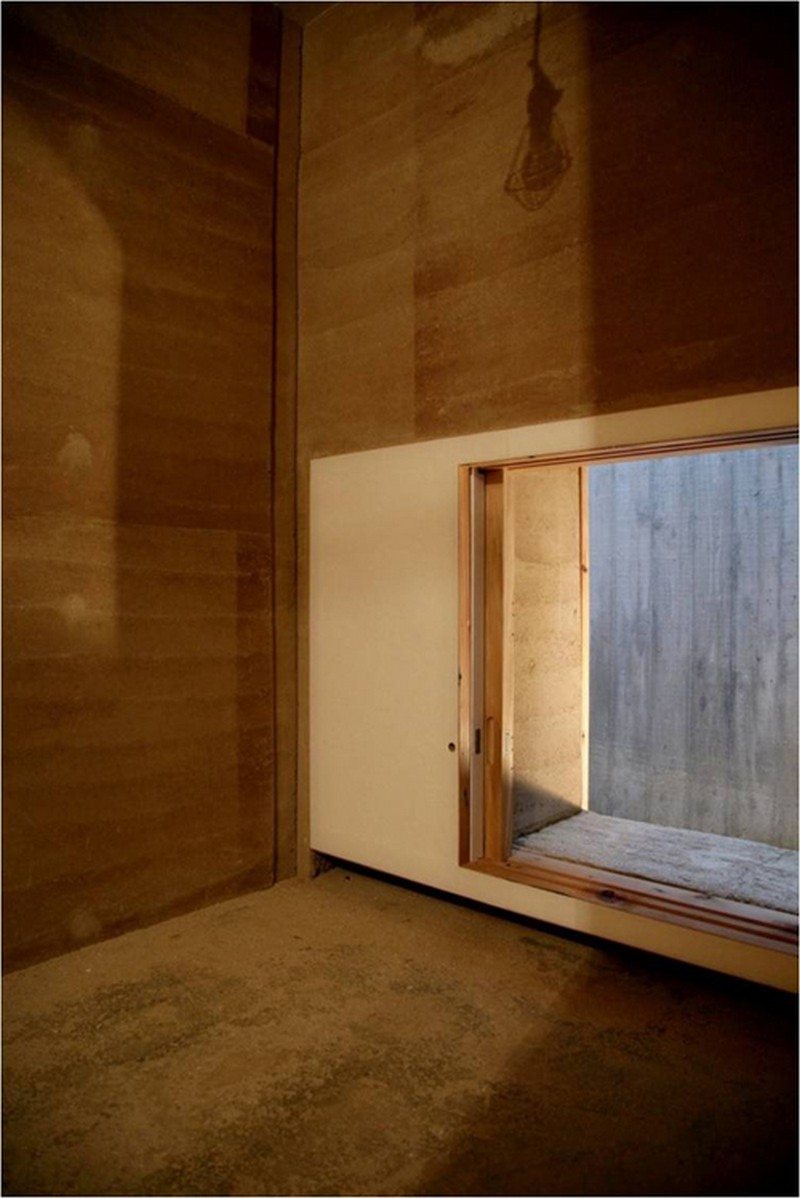 The house has a small kitchen, a study, two resting rooms, a bathroom with a wooden tub and toilet, and a wash room. The rooms are all adjacent to each other and open directly to the earth filled courtyard. Connecting rooms can be joined to create a bigger room. The house doors are small, entering the house requires making your body into a smaller shape.

Rammed Earth walls provide all the interior spatial divisions and the walls facing both courtyards. A combination of passive cooling and geothermal tubes which are buried in the earth around the buildings keep the temperature cool in summer and warm in winter. A pine tree which was cut down from the site, was sliced into 80mm thick discs and was cast into the concrete walls of the courtyard so as it decays, it will host small plants and new life will arise with time.

As Yoon’s poetry expresses hope for the future from times of great peril, which he tried to achieve through self-restraint and self-reflection, our hope is that this Earth House would be a house where we can reflect on ‘ourselves’ while living in the present era.

Tea House in a Garden