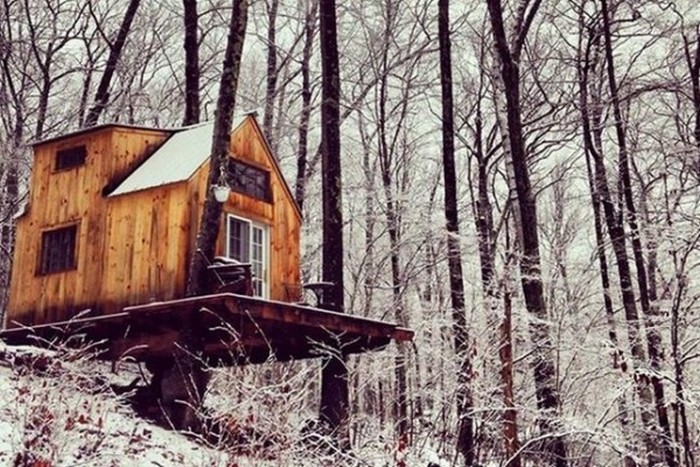 Young couple build a cabin in the forest for $4,000

Hiking the Appalachian Trail in 2007 was a life-changing experience for David Herrle. The time he spent in the woods made him realize that he wanted a simpler life where he didn’t have to work in a job he didn’t like.

And so after his hike, he decided to quit his desk job and pursue a career which he is passionate about – carpentry. 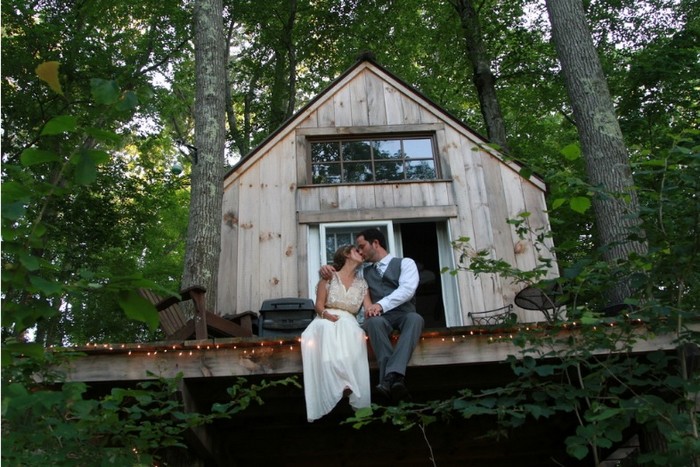 One of his projects as a full-time carpenter was a cabin in the woods in Westbrook, Connecticut. It was the fulfillment of his promise to his then fiance, that he would build their own house. Since they already had two acres of property, finding a spot and getting started with the project was easy. 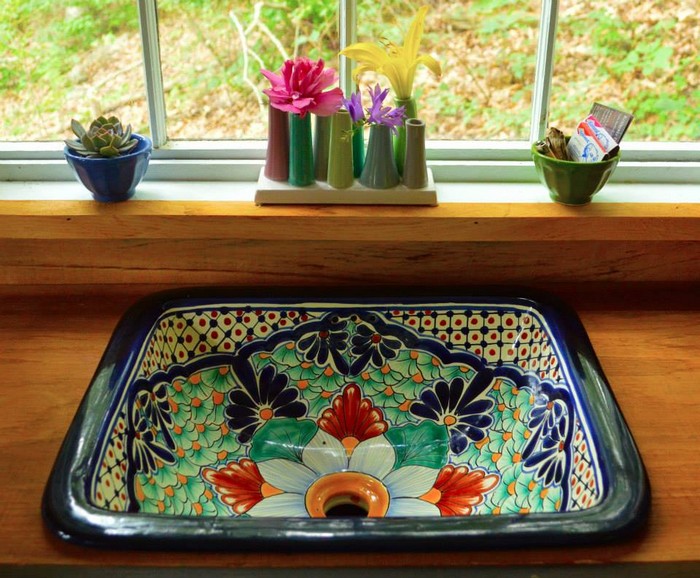 The total cost of this project was only around $4,000 since the home was built with simplicity in mind. The cabin doesn’t have its own electricity nor running water. A simple fan ventilates the home during the warmer months, but they do have a kerosene heater for the cold winters. They used salvaged lumber and windows for the entire cabin.

The 11 by 14 foot space includes a lofted bed accessible via a ladder, a tiny living area and a nice little kitchen equipped with a bright-coloured Mexican terracotta sink.

It sits on a wooden platform which also provides a balcony perfect for unwinding and appreciating its beautiful surroundings.

Although the couple lives in this simple cabin for most of the time, they also have another house on their property which they use for showering and more occasional cooking.

Going back to basics doesn’t seem too bad an idea in this tiny home. It was obviously made with love because tiny as it is, it gives that very homey feel. It’s also the perfect getaway place for people living in the often stressful environment of the bigger city!

Would you like a tiny house like this as your home or occasional sanctuary? Check our album below for a closer look…

Click on any image to start lightbox display.  Use your Esc key to close the lightbox.  You can also view the images as a slideshow if you prefer  ?