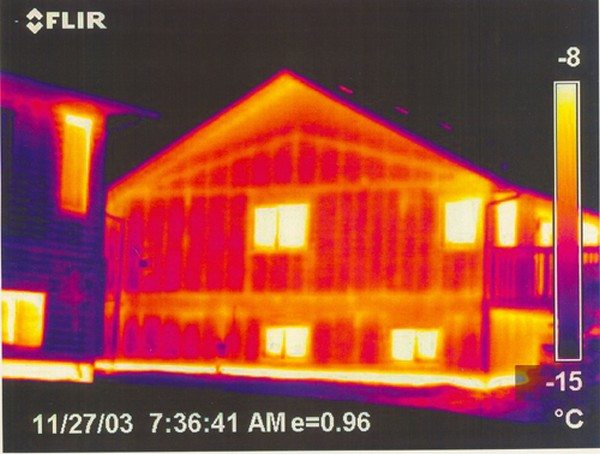 Welcome back to the land of the super-insulated home! Hopefully you’ve read Part 1 where I introduced the key principles of the Passivhaus, including its genesis during the ’70s as the Super Insulated house.  You have? Congratulations for getting this far, because – for a little while here, it gets harder.

In Part 2 we’re going to look a little closer at some of these principles to gain a sense of what they mean in practise, and why they are so important to your hip pocket.

Before doing that, let’s clear up some of the confusing terminology that unnecessarily complicates this topic. This is not an exhaustive list, nor necessarily entirely accurate. You will also see some of my world view creeping in so it’s quite likely that some may object to my interpretations. I can live with it as long as you can :)

Eco, Green, Environmentally Friendly, Sustainable:
These are vague, undefined terms. They can mean nothing or they can mean anything (marketing dream words). In many cases they are used to describe things that are blatantly the antithesis of what a reasonable person would think is meant … a green building in Las Vegas anyone?

Passive Solar:
A building with a heavy design focus on being kept warm by trapping the heat of the sun without using ‘active’ methods (such as fans or pumps). Passive solar designs are often accompanied by the use of prevailing winds for natural ventilation, a focus on thermal mass, lots of sun oriented glass, stack effect ventilation, etc.

Passive Cooling:
Similar to Passive Solar, but focused on keeping the house cool, rather than warm. This is not a particularly well studied area and good information is difficult to find. Passive cooling is very difficult to do successfully, which is perhaps why it’s been a particular area of interest for me.

Zero Energy:
A building that generates the same amount of energy as it consumes. It is not necessarily an indicator of energy efficient design, but the two often go hand-in-hand. Many zero energy buildings are built to the Passivhaus Standard.

Passivhaus:
The Standard created by the Passivhaus Institut, based on a 40 year body of science and engineering.

The Passivhaus Standard includes relevant passive solar and passive cooling design elements such as the heat of the sun, the amount of glazing and its placement, shading, thermal mass, and earth tempered ventilation.

Passive House:
The confusion begins …… some English speaking countries that have adopted the Passivhaus Standard have decided to anglicise ‘Passivhaus’ into ‘Passive House’. But ‘Passive House’ is also quite widely used as the short name for ‘Passive Solar (House)’.

To avoid confusion, I’ll be using the term ‘Passivhaus’ in this article, even though I’m quite fond of ‘super insulated’ because of the richness of its scientific and engineering history.

Thermal Bridges
Tech alert! This section is quite technical. If you prefer to skip it, here is the summary – if you want to build a thermally efficient house (whether Passivhaus or not), and your proposed builder doesn’t know what a thermal bridge is, or tells you they’re not important … find another builder. Seriously. Run. Don’t walk!

The most common thermal bridges are formed by metal or concrete items – some examples are some types of metal windows, steel items (bolts, nails, wire, brackets, reinforcing, etc.), concrete floors and metal pipes. But even things that we don’t normally think of as conducting heat can form a thermal bridge. So the wood framing of a wood framed building can be a thermal bridge because the wood conducts heat better than the rest of the wall.

Let’s head into the kitchen. Imagine a pea on a plate … now tip the plate slightly to one side; the pea will roll to the lower side. The more steeply the plate is tipped, the faster the pea rolls. The pea is the flow of heat and the angle of the plate is the difference in temperature between the indoors and the outdoors. The bigger the temperature difference between indoors and outdoors, the more heat will flow across a thermal bridge.

Put some gravy on the plate and the pea will roll slower for the same amount of tipping as with no gravy. That’s like a thermal bridge made of something (like wood) that conducts less heat.

So what’s the big deal? Most thermal bridges are such a tiny portion of the structure that they surely can’t have much effect … can they? Anyone remember the bit in Part 1 about physics completely ignoring intuition, perceptions, wishful thinking, politicians, lawyers and optimists? Thermal bridges are a great example. They have an effect vastly disproportionate to their size.

To illustrate, here is an example from our build. It is simplified, but it was a stark lesson in the effect of thermal bridges. The outputs are from a free program named THERM produced by the Lawrence Berkeley National Laboratory in the United States of America. (http://windows.lbl.gov/default.htm).