Lean House was designed to accommodate the changing needs of its 73-year old owner.  The challenge was to design a Chinese-Thai residential structure that carefully balances opposing themes. The architects were tasked to combine security with comfort and tradition with innovation. 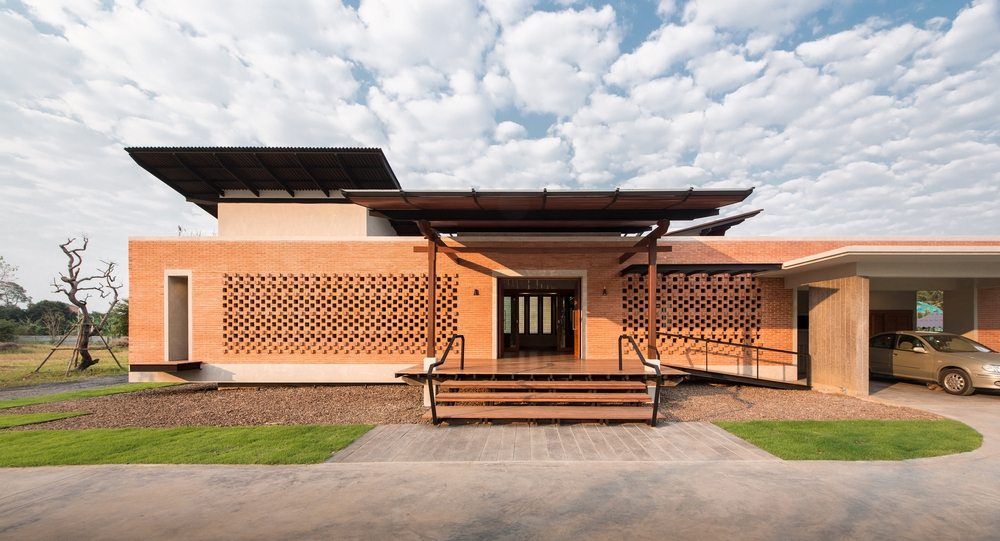 Concrete, steel, timber, and Angthong bricks make up the house. The orientation was based on the client’s belief in Feng Shui. Proper site analysis paved the way for better ventilation inside the house. There are plenty of open spaces outside where the senior homeowner can walk around. 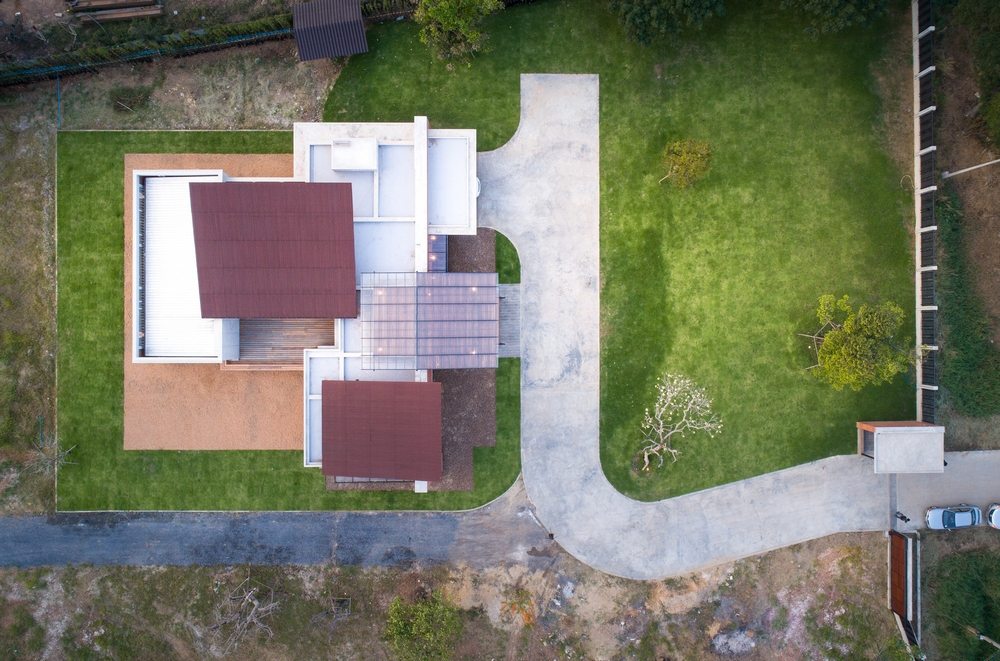 The Lean House exemplifies the successful integration of opposite concepts and then making them work.

“Baan Ing Gaya” (Lean House) is designed to respond to the changing lifestyle of a Chinese-Thai man, aged 73 years, a resident and client of the house. The change is not just only moving from living in a 4-story commercial building to a single-story home, but also changing of mind and feeling to adapt to the new context. Therefore, the design takes into account balancing and blending between “Convention vs Science”, “The sense of security vs The comfort of new living in an open space” and “Chinese and Thai architecture”

Although in his senior years, the homeowner welcomes rational and modern thinking. Yet, as a Chinese-Thai descent, he does not overlook the belief in Feng Shui which affects not only the orientation of the house in the vast land but also facing of the house toward the north-east street and the location of the master bedroom too. In addition, the designer has employed the climatological data and analysis of the site to locate the central hall, which is the heart of this house, facing south to the view of Garjan giant trees in the temple: the best view of this area. So this hall embraces ventilation and comfort that the client had never received before when living in a commercial building.

Regarding the familiar sense of security throughout the homeowner’s previous accommodation, this factor is what the designer is to first focus on with the new context: by designing the transparent fence, leaving the area as the front yard for clear of vision, and creating a large wall to prevent a private area from the eyes of the passersby. However, to reduce the solidity of the wall, the designer has created the particular pattern of masonry to make a porous brick wall and has installed the clear glass sliding windows inside the wall to present two layers of security. Moreover, the surrounded area is designated as an open space, which is the same concept used in a traditional Thai house that often leaves the packed soil ground around it. But this house, river gravels are used instead as they would clatter if intruders broke in.

In addition, located in the idyllic landscape of Angthong suburb, the building is designed based on basic elements of architecture, including locally available materials such as wood, steel, and concrete. Yet, the most important material was the local-made “Angthong bricks” with an intention to show an authenticity of material to reflect its true value and to create harmony with the rural landscape surrounding. Apart from this, because of the location which is on an open land with no perennial trees together with the concept of safety, the architect has created a surrounding space around the building, thus allowing the light to shine through the semi-transparent plane that has built for a safety reason. Also, light and shadow on the plane of the architecture itself appear and change according to different moments of the day: a good example of how natural power imparts the value of space.

Click on any image to start lightbox display. Use your Esc key to close the lightbox. You can also view the images as a slideshow if you prefer

Read about Bangkok House, another stunning piece of Thai architecture.

House in the Mountains