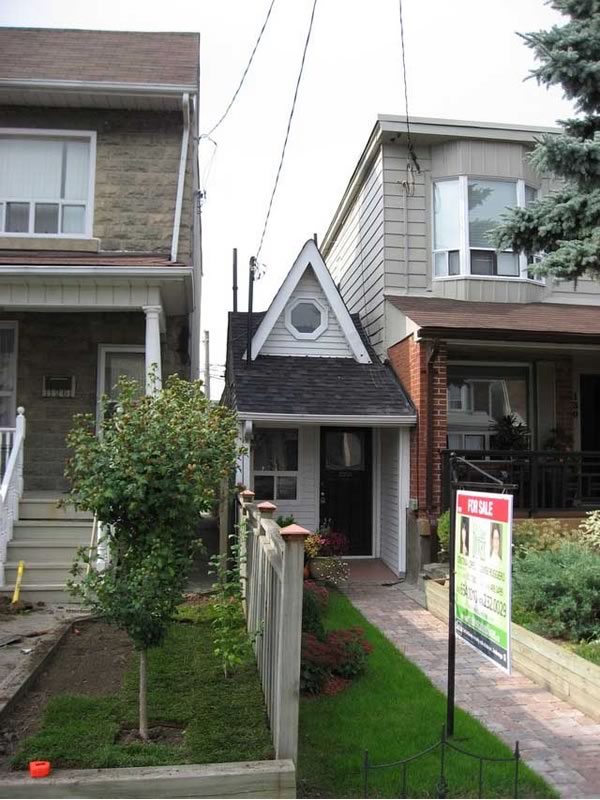 At just over 7 feet wide (2.2m), this must be one of the narrowest fixed homes in the developed world.  It also ranks as one of the smallest we’ve come across, excluding those built on trailers. 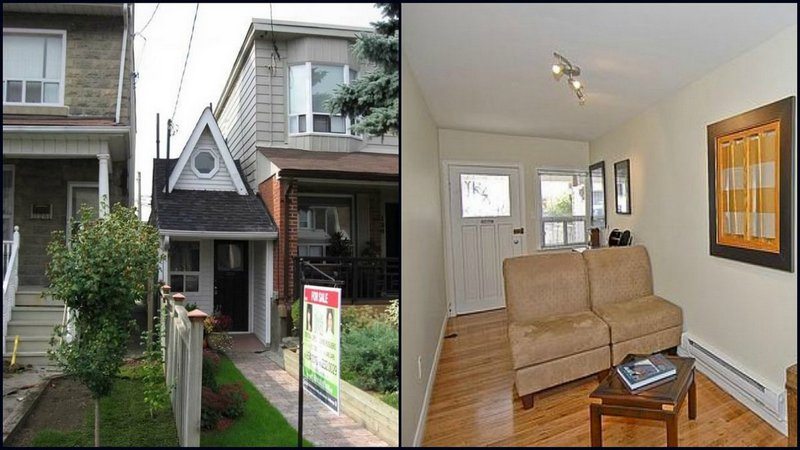 The home was built in 1912 by a gentleman named Arthur Weeden. During the street’s original development, Lot 128 was planned as nothing more than a vehicle access lane for the neighbouring lots. However it seems that due to municipal blundering, the curb crossing was never installed so Arthur decided that  “in order to use the land, I would build on it” (As reported in the Toronto Sun Telegram way back in 1939).

Arthur and his wife lived in the home – which comprises a living room, single bedroom, bathroom and kitchen – for 20 years until Mrs Weedon’s death.  Arthur, then 77 continued to live in the house for 6 more years, tending his equally tiny backyard vege patch.

Since then, the home has had a few owners but given one reputedly lived there with his wife and three children for 15 years and another couple lived there for 10 years, the home clearly has enough charm to overcome it’s space limitations. How limited? Well, you have to climb over the bed to get to the back door :)

COTH… Cottage on the Hill

Old bus converted into a majestic and cozy home