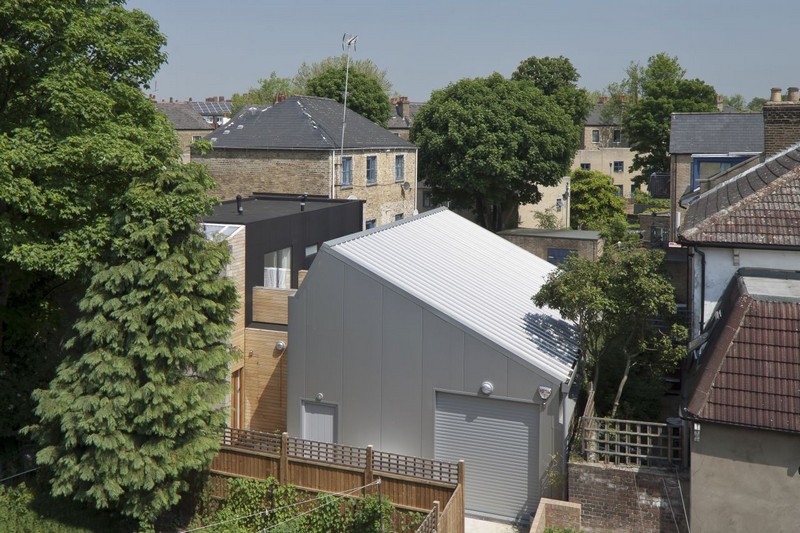 Like so many cities, London is crowded and expensive.  Infill provides opportunity for greater use of space without forcing people to either live in high-density housing or commute long distances. Hackney is within walking distance of central London.  The owners of this development, artist Laura Hamilton, and her partner had owned and worked at the site for some years. The existing studio was badly built, badly insulated and badly in need of major repairs.  It was ‘crunch’ time. Here are the architect’s notes:

The Concept
“They (the clients) want to retain the principles of the existing buildings, to create a new and sustainable small community. The proposal is to knock down the existing studio, and rebuild an artists studio with better facilities, as well as a separate two bedroom house all within the same footprint.

The concept is for a shiny metal box for the studio, as a domesticated re-interpretation of an industrial shed, contrasted with a rubber clad, tactile black box for the new house. The proposal is designed to be flexible so that it is possible for it to operate as separate buildings with separate occupations as well as allowing the option for it to be used by a single inhabitant.”

The Artists Studio
“The studio is a simple shed constructed from exposed aluminium sandwich cladding panels. The shiny industrial material will reflect the working nature of the studio, while this will be offset by minimal detailing which gives the shell a domestic quality suited to its context.”

The Residential Unit
“The new dwelling is organised as a series of internalised experiences, that create a private retreat from the bustle of its Hackney Central location. This concept also allows for privacy and security, important issues in a backyard location, both for the inhabitants and neighbours.

The main volume of the house is articulated as a black rubber clad box, tactile and seamless, in sharp contrast to the rambling greenery of the surrounding sites. A wall wraps around this as a separate element, forming rooflights to the hall and stair. Planting in front of this wall will give the appearance of a ’green wall’ almost entirely hiding the house from the view of neighbours.”

Security/ Privacy/ Overlooking
“The proposal is designed so that there are few windows looking out. Most daylight and sunlight is received from roof lights and the internal courtyard.  Designing an inward looking house enables complete privacy for the inhabitants. Moreover it prevents any problems with overlooking from neighbouring properties as views are private. The few windows which are proposed are carefully orientated to avoid overlooking any neighbours, while making the most of some of the wonderful views out from the site.

Security is an issue for the site as it is hidden from view, and accessed only by an alleyway. The design deals with these issues as it has no windows on the ground floor, and the only access at ground level is by the front door to each property.

The existing access to the site is the same but the proposal incorporates a safer environment by providing a private gated entrance to the new dwelling and a shared semi-public space outside the workshop.”

As many home workers will attest, the downside of working from home is being able to separate work from leisure and family time.  What we especially like about this development is that it gives a genuine and very distinct separation between work and home yet places them side by side.

Just click on any image to start the lightbox display.  Use your Esc key to close the lightbox.  You can also view the images as a slideshow if you prefer

Another innovative home on a tiny, overlooked lot is The Daylight House… 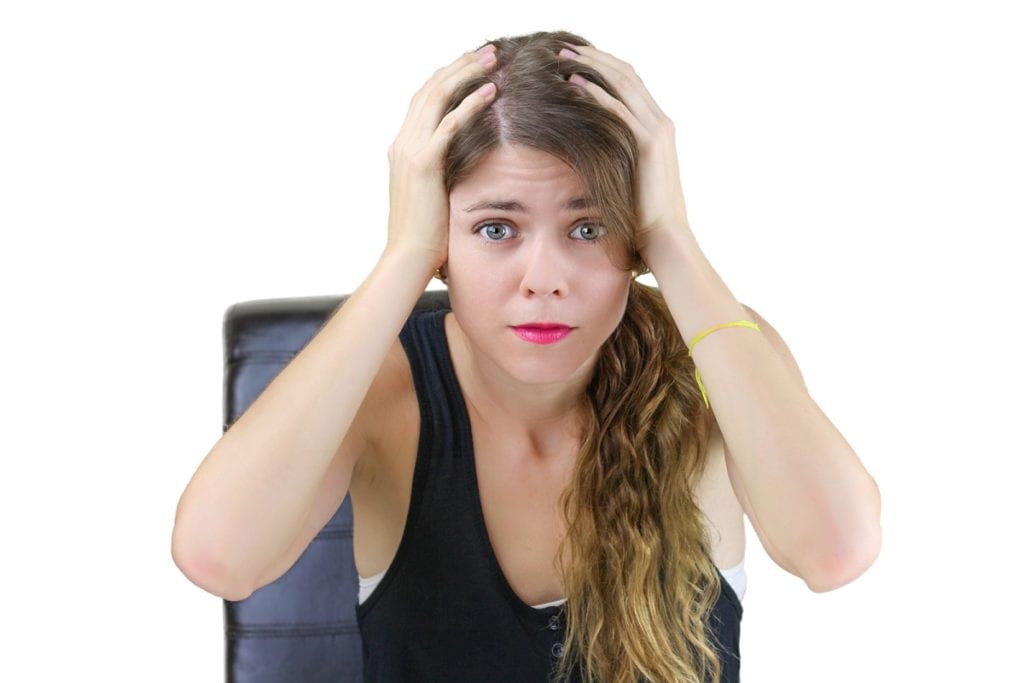 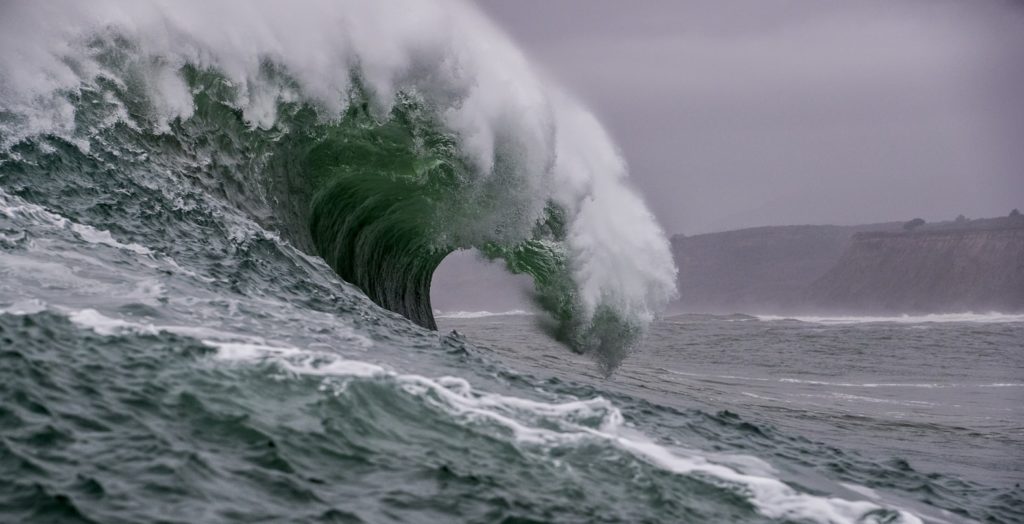